During the calm weeks leading up to Operation Bagration, the Soviets have amassed their armies for the greatest offensive yet undertaken on the Eastern Front. Three years after the German invasion, the Red Army stands as battle-hardened troops, ready to finally push the fascist invaders out of Mother Russia! A screaming barrage of shells and rockets signals the beginning of Operation Bagration, and Soviet Rifle Corps charge forward to capture the fortress towns of Vitebsk, Orsha and Mogilov. 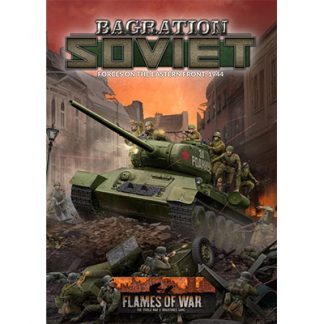