Contains all the Unit and Command Cards required to play a Romanian Force in Mid War: In 1941 the Romanians joined the war against the Soviet Union as the Germans launched Operation Barbarossa on 22 June. Their primary goal was to regain the lost north-eastern province of Bessarabia. They had soon committed two whole armies to the enterprise. They captured Odessa in October 1941, engaged in heavy fighting as they advanced on Dnepr River and fought for control of the Crimea. Eventually Romania’s two armies were committed to the defending the flanks of the Germans fighting for Stalingrad where they were hit by the Soviet counter-offensive in November 1942. 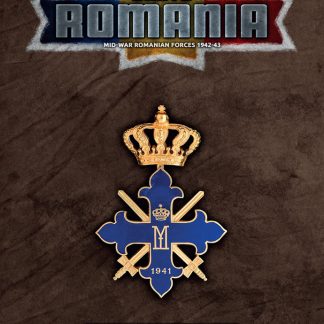